Wow, it has been far too long! I'm hoping to get back into blogging on a somewhat regular basis. It's funny how we, or at least myself, need just one outlet (if it's a good one) to express ourselves and share information. I have never been good at using multiple formats to share information, and Instagram became my favorite way to share my work and my thoughts.

That being said, I love to write. I do it for myself all the time. And I miss that I used to use this dear, beloved blog of mine to share much more than my art. So, I want to jump right in and share a woman I've become fascinated by as of late: 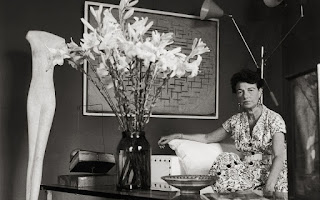 I've always had an interest in Peggy. After all, she embodies so many things that interest me: the 1940s and 50s, World War II, Mid-Century design, New York City during this time period, women (more specifically, women with careers dedicated to artistic pursuit or a pursuit of similar passion), modern art, making your home a place that is YOURS, and Venice (a beautiful city I had the chance to visit and fell very much in love with). 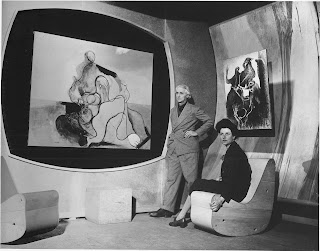 So I finally followed this interest like a bloodhound follows a scent and purchased a book. I was entranced by its cover for its retro aesthetic (it almost looks like it could have been published in the 60s), the photo of Peggy on the cover, and because it was a biography praised for painting a colorful and vivid portrait of a person, place, and time. (There's nothing worse than a dry biography. I can never get through them.) This book is "Peggy Guggenheim: The Shock of the Modern" by Francine Prose. 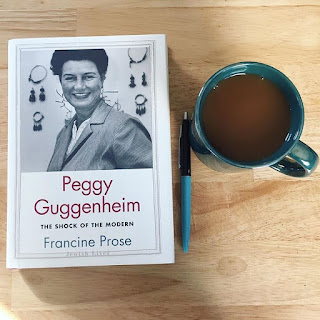 I learned so much about Peggy that I didn't know. It increased by fascination ten-fold. Here is a woman who used her inheritance to finance and support the lives of several artists and writers and yet still was given a reputation for not being generous with her money. She opened her first gallery, Guggenheim Jeune, in London and went on a mission to buy one painting for sculpture a day to build her collection. World War II arrived not long after this, and Peggy hid her collection in a barn to protect it from Nazi destruction. She shipped her collection (and many European refugee artists) by boat to the United States, where she opened her second gallery "Art of this Century" in NYC. She didn't pursue the arts herself, but dedicated her life to artists. 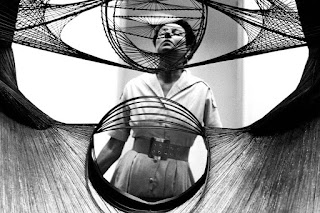 There are varying views of her. The biography I read is a sympathetic one, but was honest about Peggy's personality. Her familial relationships could be tempestuous, but none the less she remained a care-taker of her ex-husbands, their new spouses, and her children. 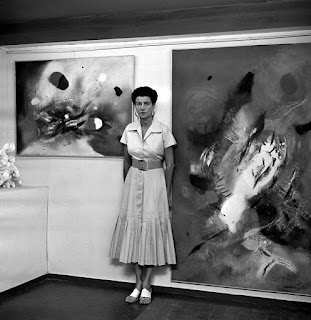 Peggy cultivated beauty in her homes and galleries, trusting aesthetic to those she felt knew better than she (though it is her exquisite taste that often led her to find these men and women). Her home featured a headboard designed just for her by Alexander Calder, a Jackson Pollock mural, and several pieces of art from her collection. She displayed her earrings (many made by and gifted to her by artists she helped) on the wall like pieces of art. 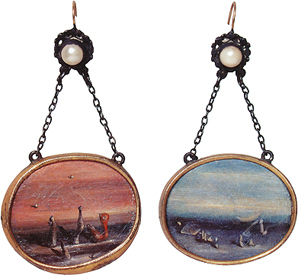 These surrealist moonscape earrings were painted for Peggy by Yves Tanguy, an artist she showed at Guggenheim Jeune and with whom she had an affair.
Peggy's love life was vibrant, with many husbands and lovers, almost all of whom were artists. She reveals a lot in her memoir, "Out of this Century," of which there are three different versions. The first version, which she wrote in the back room of Art of This Century, received negative reviews as it was a tell-all about her relationships with little about her life in the art world. The third and final version is a culmination of her relationships, her experience in the arts, her life in New York City, and her life in Venice. I recently bought the book believing it to be the third version, but it turns out my copy is the first. I still plan on reading it and getting all the juicy details.
Peggy also appears in the memoirs, journals, and autobiographies of many other writers and artists. A lot of this is cited in "The Shock of the Modern" and gave me a list of other books I hope to read soon.
That is all for now! I hope this inspires some of you to look up Peggy Guggenheim and research her a bit. Such a fascinating and complex woman who gave us so much when it comes to art! 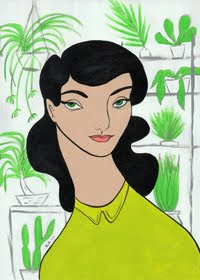 Amanda Laurel Atkins
I'm a young artist and writer who grew up among animals, paints, and books. I am a lover of trees, dogs, short stories, vintage everything, really long walks, and my cat, Tiger. In addition to being an artist, I work with children. Thank you for stopping by!

Promote Your Page Too

Depending Upon the Nature of the Beast 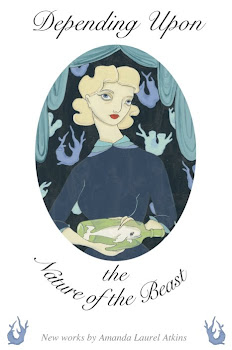 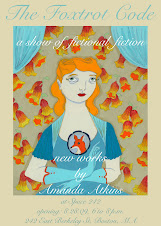 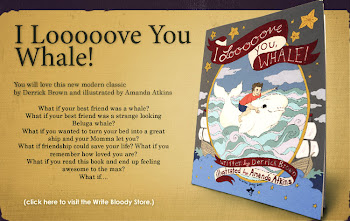 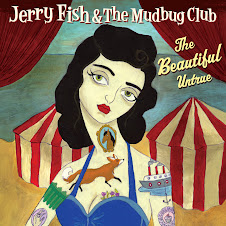 My art on Jerry Fish's new album, The Beautiful Untrue

All artwork, writing, and personal photos are protected by copyright and cannot be reproduced or copied without permission from Amanda Atkins. If you'd like to use an image in a blog post, just link back!

Places & Things to Check Out 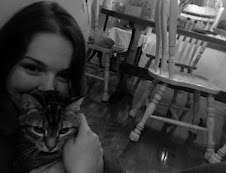 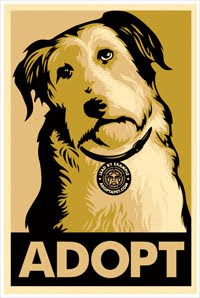 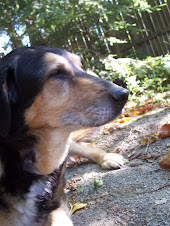 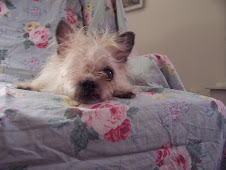 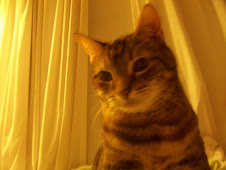 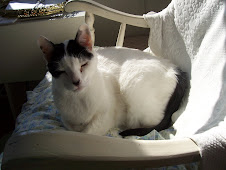 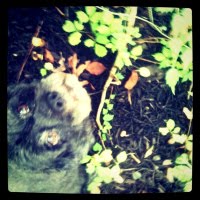 Ceremony for the Choking Ghost by Karen Finneyfrock

Sing me to sleep. 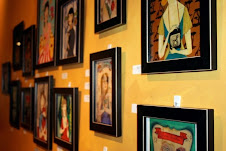 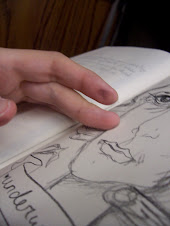